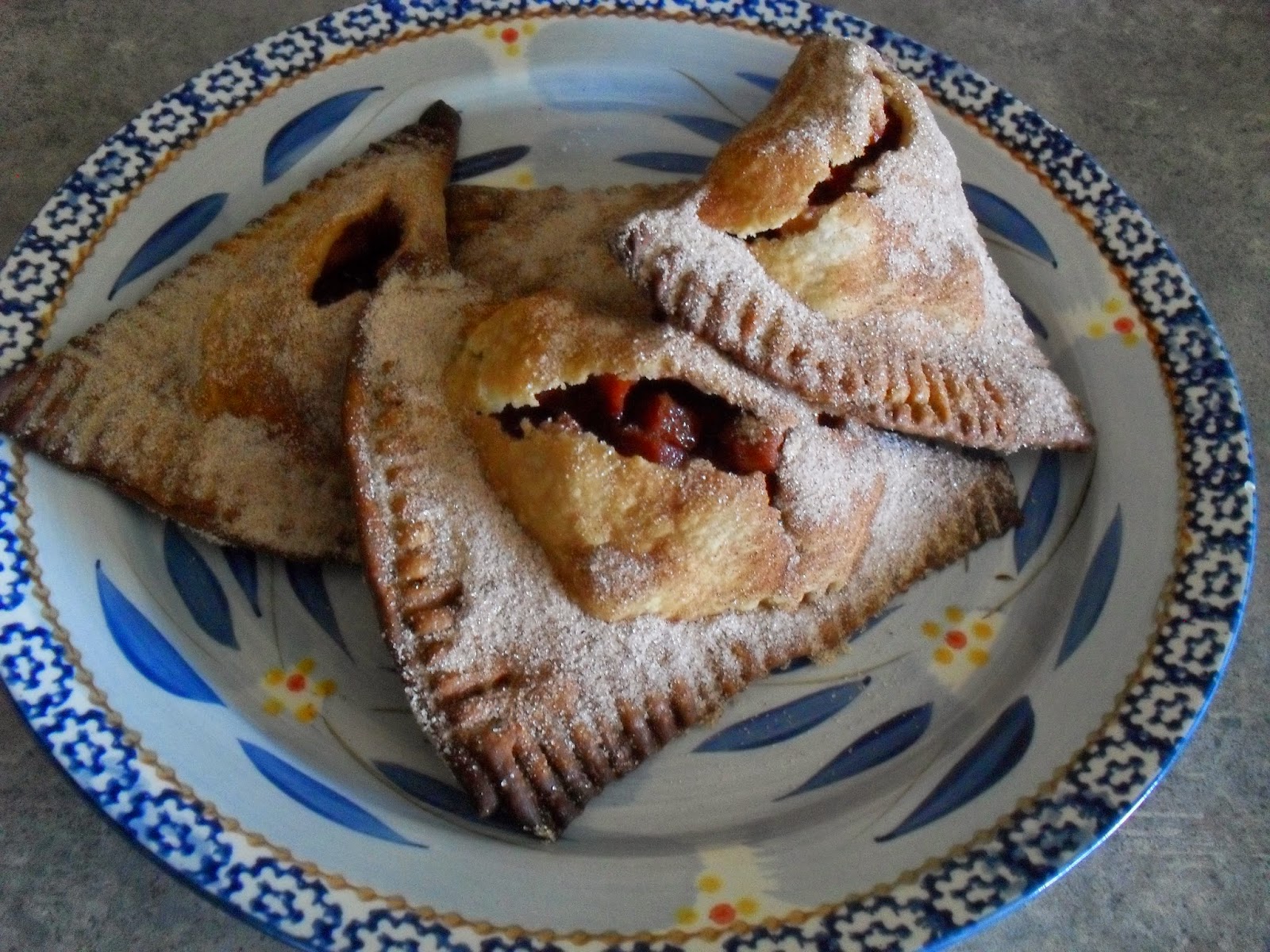 I posted Apple Hand Pies in October of 2012.  Since then, I have updated the filling and I think it made them even more delicious.  So what's the update?  I took the filling from my apple caramel cinnamon rolls, put it a pre-made pie crust, and baked them off.  When the pies came out of the oven, I brushed them butter and rolled them in cinnamon sugar!  OH YES!!! Delicious :)

2 to 3 medium apples, peeled and diced
2 tsp. cinnamon
1 tbsp. butter
2 tbsp. brown sugar
refrigerated pie crust (for 8 pies you will use both crusts in the package)

Preheat the oven to 375 degrees.  Allow pie crust to set out at room temperature for about 10 minutes.  In a dry skillet over medium heat, cook the apples until golden and tender.  This will take about 5 to7 minutes.

Once the apples are tender add the cinnamon, butter, and brown sugar.  Allow to combine and cook another two minutes.  Set aside apples to cool.

Roll out the pie crust onto a slightly floured surface.  Cut each pie crust into 4 wedges for a total of 8 wedges.  Place a tablespoon or so of apple mixture into the center of the crust.  Fold it over onto itself, forming a triangle.  Crimp the edges with a fork to seal and cut a few slits into the top of the pies. 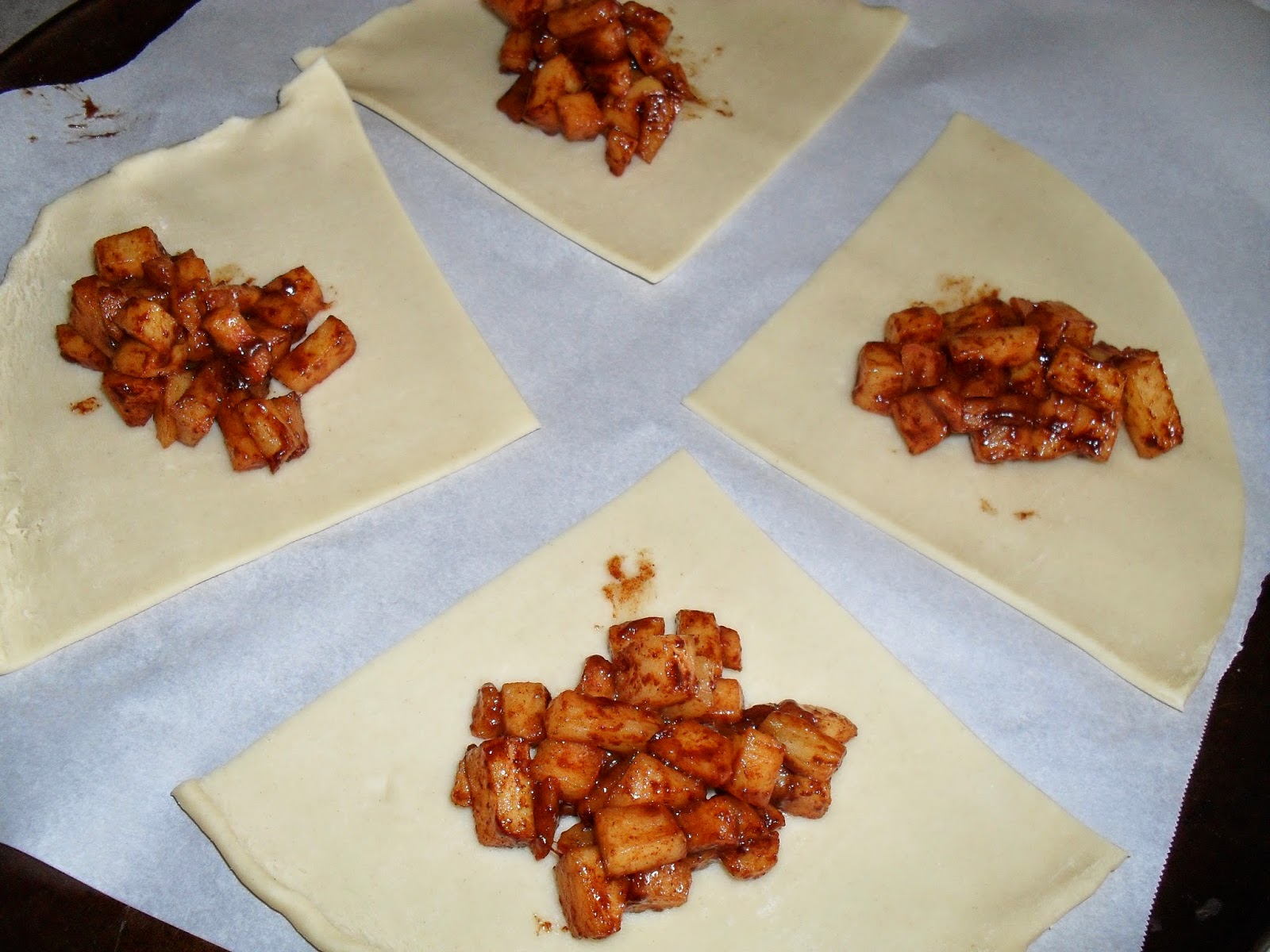 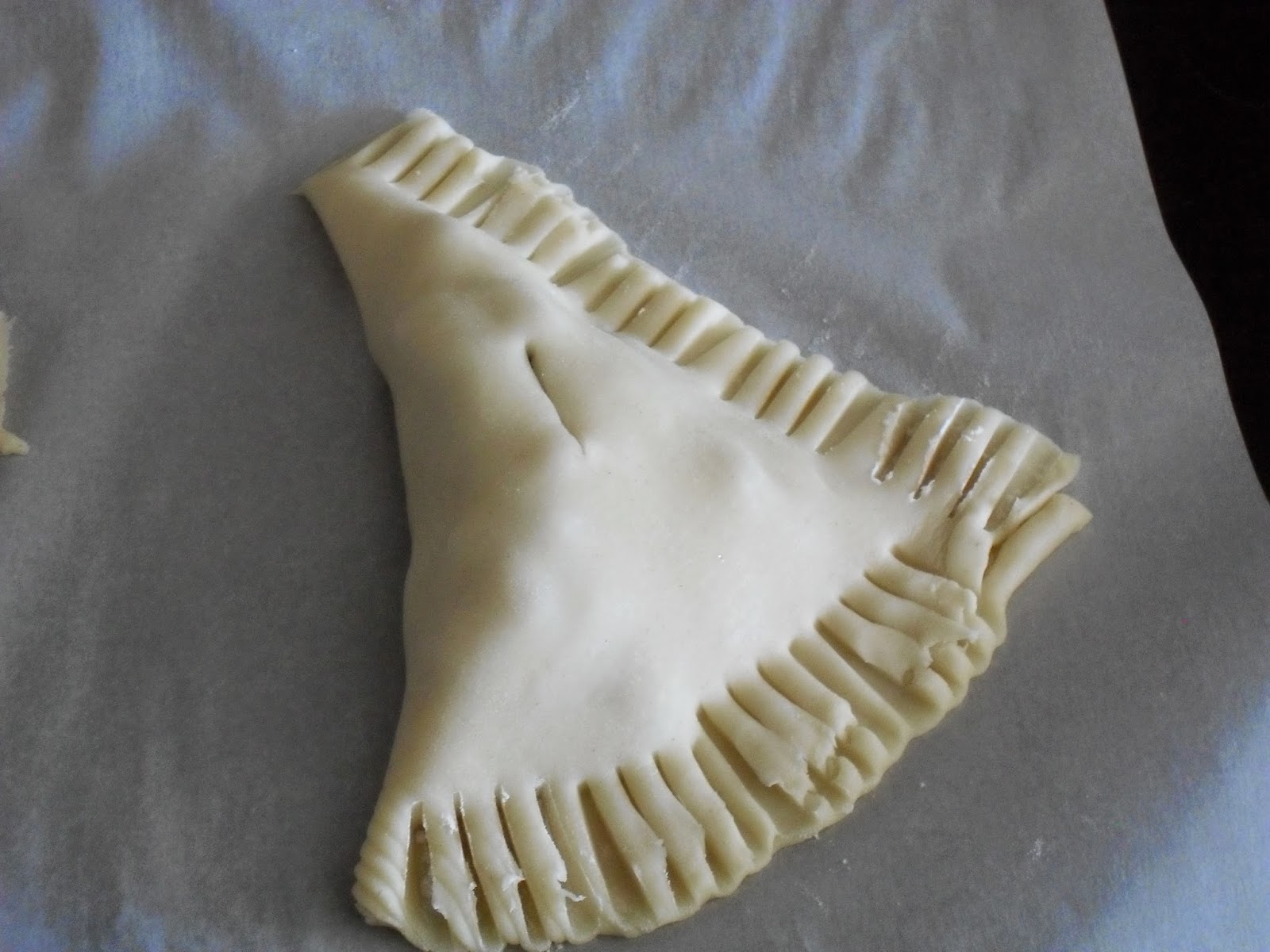 Place pies on a non-stick baking sheet.  Bake for 14 to 16 minutes, watching them carefully.  When the pies are golden brown remove them from the oven.  Brush them with the melted butter and sprinkle with cinnamon sugar.  (This part is the same step from the French Toast Scones.)

Enjoy!
Posted by Unknown at 9:08 PM No comments: Links to this post

Hello Everyone!  I hope the weekend treated you well.  Our weekend was uneventful, which in my opinion is just fine.  We managed to get a bit done around the outside of the house, and I have started to lay plans for a butterfly garden.

First, let me just say I love to garden.  I always helped my parents and my grandfather with theirs.  Now that I am on my third house, I think I have refined my ideas of what exactly I want.

All three house are a bit different.  Our first house had landscaping already in place, but not really to my liking.  We removed some very over sized bushes and trees that were interfering with the concrete walkway.  Then I started to plant my lily patch.  Oh, my poor lily patch!  It was replanted three different times, to accommodate two fence repairs.  When I finally got it done, we moved....ugh.  I would like to report the person who bought our house, loved the lillies and has kept them.  I drive by every so often and look at my hard work.

My second house was an old Victorian with very little room for gardening.  It had no grass in the ten feet of back yard due to a walnut tree.  The soil was so acidic that grass or any other shrub would not grow.  I did have a small patch of landscaping between the drive way and front walk, about 15 feet.  I planted poppies, day lilies, and a hydrangea.

Now onto my current house.  I hit the jackpot with this one.  It was very  nicely landscaped in the front which also wraps around to the back.  The only sore spot for me was the side of the house by the garage.  There was a bed of hostas there, but I don't like hostas.  Never have and never will.  That was easily rectified this spring with a little digging and removal.  I have planted a double blooming lily on that side with anemone.

While this house is nicely landscaped, I am adding my own touches.  One being a butterfly garden.  I love to watch butterflies, and I have carved out a bit of room in the back to make a nice environment for them.

I started researching this last fall and bought a few plants on clearance at the end of the season.  I bought black eyed Susan's and cone flowers.  This year I have planted lantana and salvia.  I am adding new plants a little at a time in a variety of colors. I have a few more plants to add this year, as host plants for the caterpillars.  The other important piece to a butterfly garden is a water source and resting place.  I bought a shallow glass birdbath stake to serve this purpose. 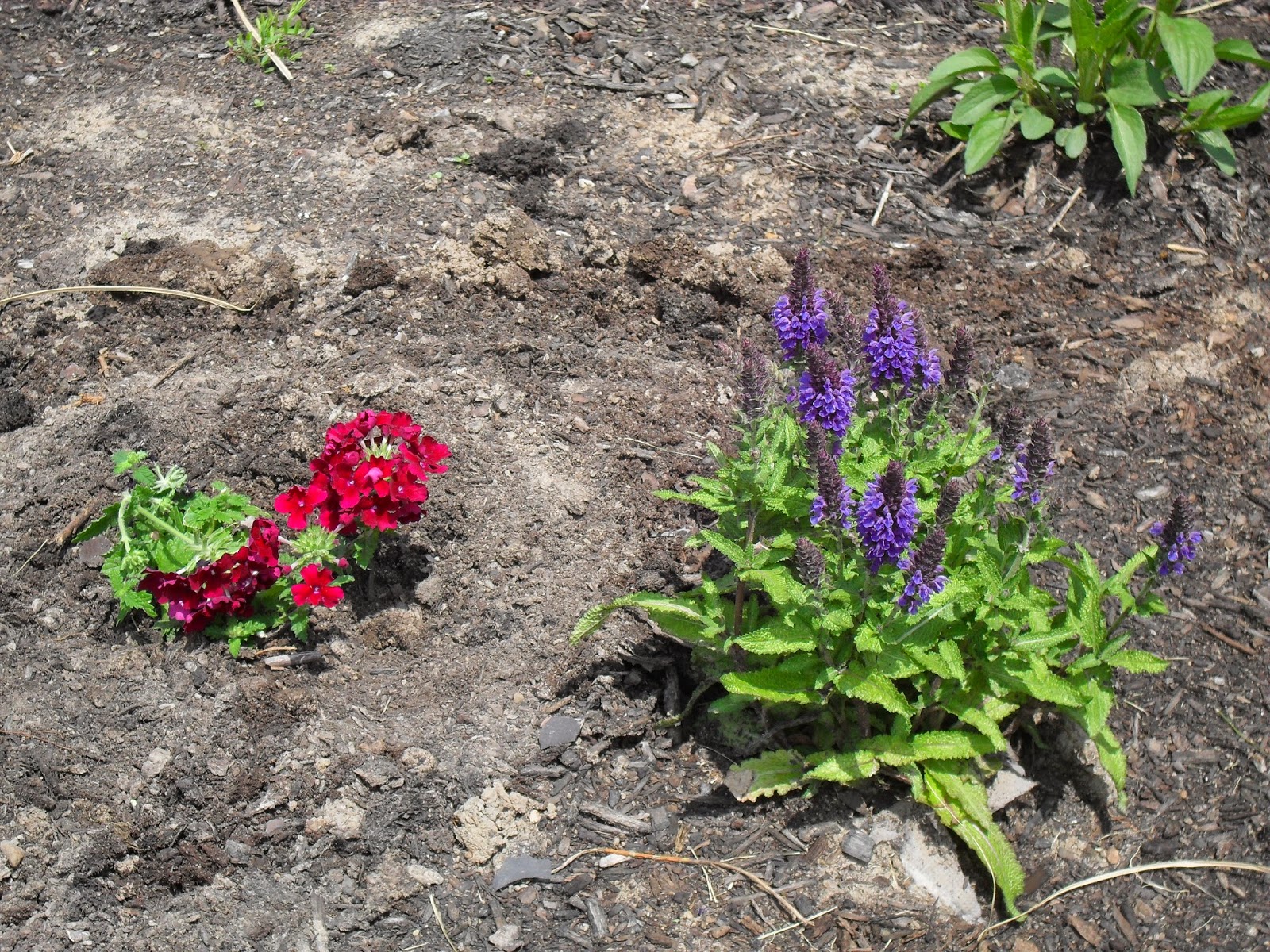 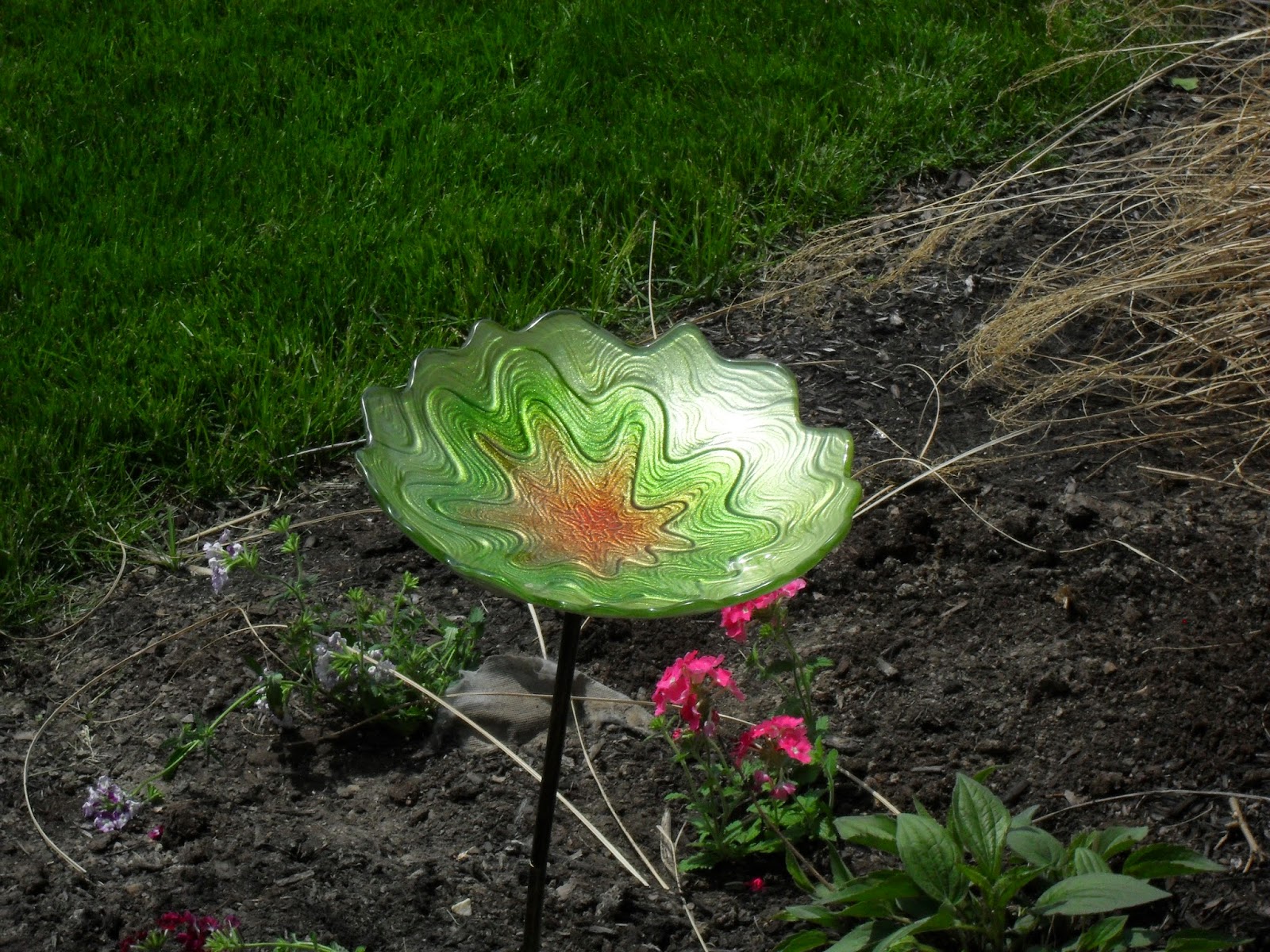 Right now it doesn't look like much, but I will post pictures throughout the season of the growth.  I am hoping in a few years, I can just sit back and relax and watch the beautiful creatures.  Another bonus of butterfly gardening....it also attracts hummingbirds.
Posted by Unknown at 1:33 PM No comments: Links to this post

I try to pass on helpful information when I find it.  Today's helpful info comes in the form of a great make-up purchase.

I was born a blonde hair blue eyed baby.  I stayed blue eyed until about 4 years old, which then changed to green eyed.  I stayed blonde until about nineteen.  Then I resumed being blonde at about 20 with the help of bleach and foils.

While my hair became darker over the years, my very sparse eyebrows and eyelashes remained blonde.  So, if I don't wear a  make-up, I look very tired, pale, and even a little under the weather.

I found this on Pinterest and laughed so hard, because it is so true! 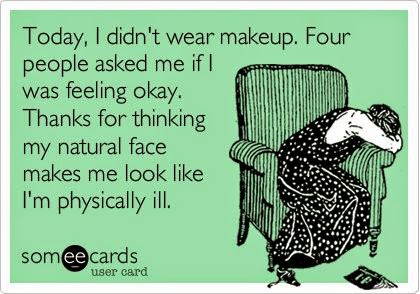 OK, now on to my purchase.  I always need to remember the three "E's": eyebrows, eyelashes, eyeliner. My pursuit of finding a great a eyeliner took many years.  I have tried a lot of high end brands as well as drug store brands.  What one do I deem perfection? The TARTE Amazonian Clay Waterproof Cream Eyeliner. 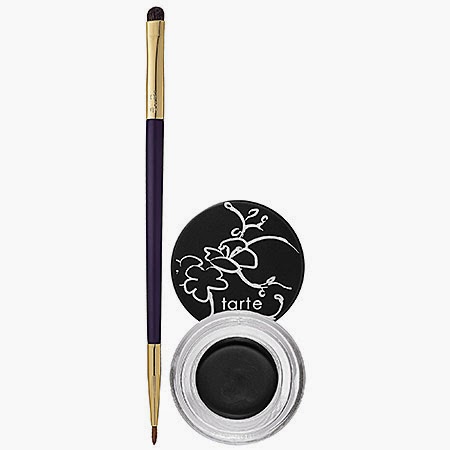 It comes in a little pot and you apply it with a brush.  I had a two day learning curve, but after that I was off to the races.  It's very creamy and glides on without tugging.  That is important because as I age, I really don't want any more wrinkles around the eyes.  However, the one component that is most important to me, is that the eyeliner is truly water proof.  This one is.

Go ahead and give it a try.  I bought mine at QVC (of course) but you can also find it at Ulta and Sephora. I bought mine in bronze and love it!!!!


Posted by Unknown at 3:19 PM No comments: Links to this post

Battle Of The French Toast Scones 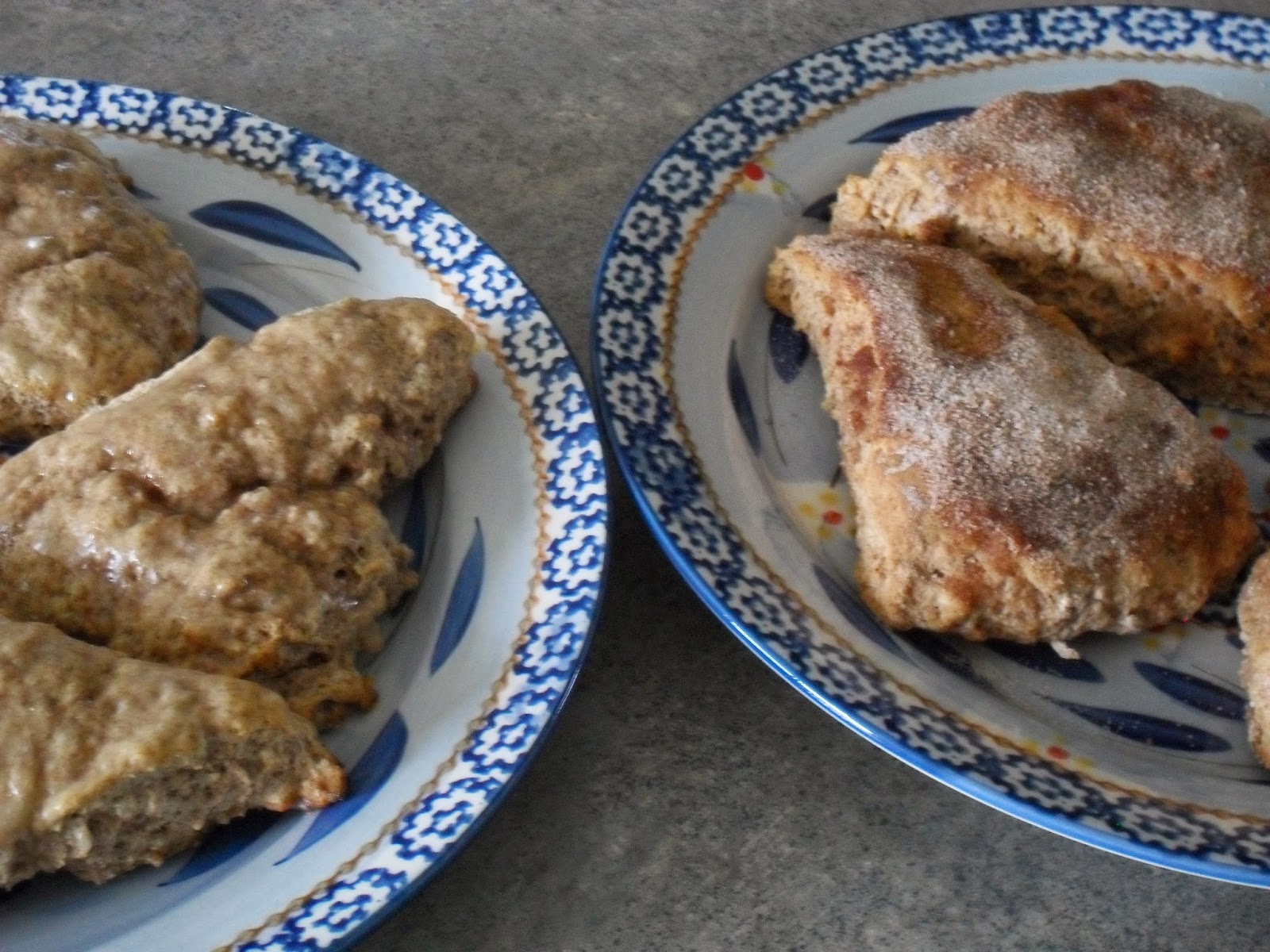 Scones.....we love them in our house.  They are great for breakfast, and scones are also wonderful to take to some one's house for brunch.  I have shared chocolate chip scones in the past, and this recipe is just another variation.

The battle today (well actually it was last week), was which way was better to top the scones??  The scone itself is the same in both versions.  However, the topping choices were cinnamon sugar or maple glaze.  Which one do you think won?

After the results were tallied from three discerning judges, the winner was....drum roll please.....:

OK to be honest, if we counted my vote it would have been a tie.  Brandon and I liked the maple glaze, while Adam and Jay enjoyed the cinnamon sugar version.  You can be the judge in your household.  Give them both a try and let me know.

Preheat the oven to 450 degrees.  In a large bowl, combine all the ingredients with a spatula until a soft dough forms.  If the dough appears too sticky, add a few more tablespoons of baking mix.  The dough should be easy enough to handle without sticking to your hands.

Turn dough out onto a floured surface.  Shape into a circle about 1/2 inch thick and about 10 inches in diameter.  Cut into eight wedges; I use a pizza cutter.  Place onto a non-stick baking pan.  Bake for 13 to 15 minutes.

While the scones are baking prepare your toppings.  If you are topping with cinnamon sugar, just prepare the sugar and set aside.  If using the glaze, mix powder sugar, maple syrup and a few teaspoons of water with a fork. The glaze should be smooth and runny enough to drizzle.

Now onto topping the scones! To top with maple glaze, simply use a spoon and pour the glaze over the scone.  Allow to cool completely and the glaze will set up a bit.

To top with cinnamon sugar, simply butter the top of the scone (like you would for toast) and sprinkle with a few teaspoons of cinnamon sugar.  Allow to cool completely.

Helpful tip:  I keep a container of cinnamon sugar at all times in my pantry.  I use it for toast, scones, or sprinkle on buttered waffles!
Posted by Unknown at 3:08 PM No comments: Links to this post 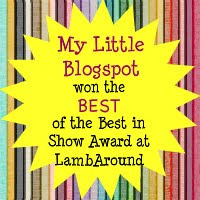 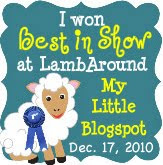